I’m going to start by telling you how this story ends: I’m switching to the GNOME desktop environment after leaving it nearly ten years ago. To explain why, I need to provide a bit of history, and talk about curry.

In my early twenties, my social life tended to follow a familiar pattern - ending the week with a couple of beers and a few mates in the pub until closing time, then heading to one of the nearby Indian restaurants for a curry. After a while, you notice the different kinds of curry consumer: first, the predictable guy. He knows what he likes, and he gets it every time. If he’s in the toilet when the waiter comes, you could reliably order for him. Some may say he’s boring, but there’s a certain pleasure in knowing your favourite, and avoiding potential disappointment of ordering something else that isn’t as nice. The second kind of person is the adventurous type: they tend to choose something different each time, perhaps asking if there’s any specials. Some of their pleasure comes from the novelty and excitement of trying something new or different, even if objectively, it isn’t as good as a particular dish they had a few weeks prior. I’m closer to the first type of person, but I tend to have a “current favourite”. I have a few favoured dishes, but I’ll tend to stick to one over a long period, perhaps having the same dish for most of the year, without varying too much, then I might discover a new favourite, usually based on recommendation from someone else, or if I can’t have my current favourite for some reason. I’m similar with holiday destinations too. We have a few favourite places that we like to go to, that we are able to make the most of, since we know the area well. If our favoured location isn’t available, it’s not the end of the world, and sometimes presents an opportunity to try a new place.

I’ve been using desktop Linux for about 15 years, and my choice of desktop is similar to my curry choice. I know what I like and tend to use it for a few years, but occasionally I’m prompted to switch to something similar, but more suiting my slowly evolving taste.

I first used Linux in around 1998. Having used SunOS and Solaris for a few years, I booted RedHat on a spare PC at work, and was presented with a bewildering range of tools and applications, quite exciting, if a bit rough round the edges. Over subsequent years, Linux began to make in-roads into the rack space previously occupied by Sun machines in the server room, but I continued using Windows on the desktop at home and in the office, due to hardware compatibility and application availability.

It wasn’t until around 2004 that I began to use Linux as a desktop Operating System. I had acquired a few machines from my employer after they had closed their doors, and I now had the opportunity to learn a bit, without breaking the main PC I used for internet browsing (still during the dial-up modem days), and video/photography editing. Due to my familiarity with Red Hat, I installed Fedora Core 3 on my newly-acquired PC for a bit of continuity, but soon moved to Ubuntu because I was struggling to obtain the correct dependencies to compile a particular application called Alexandria. I asked for help on the mailing list, and the developers said they were all using this new distro called Ubuntu, so I tried that instead, purely to get this application working that I’d wasted a week fumbling around unsuccessfully with Fedora. I’ve pretty much stuck with Ubuntu, or its variants, as my favoured Linux desktop OS ever since. I hardly even used the app that brought me there.

In 2006, compiz was released: the heyday of desktop bling. Spinning desktop cubes, wobbly windows and outrageous effects were all the rage, and I was loving it. It was, however, a good opportunity to break your system, and much of the software was very alpha-quality. I tinkered with any new tool or plugin I’d seen on Digg, while keeping my Windows OS for stable usage, ironically. At work, I used 2 PCs on my desk, connected with the Synergy app to avoid having 2 keyboards. Windows on the left, Kubuntu on the right, with a brushed metal Apple ripoff theme, mocked up to look like Apple. Hey, I thought it was cool at the time. 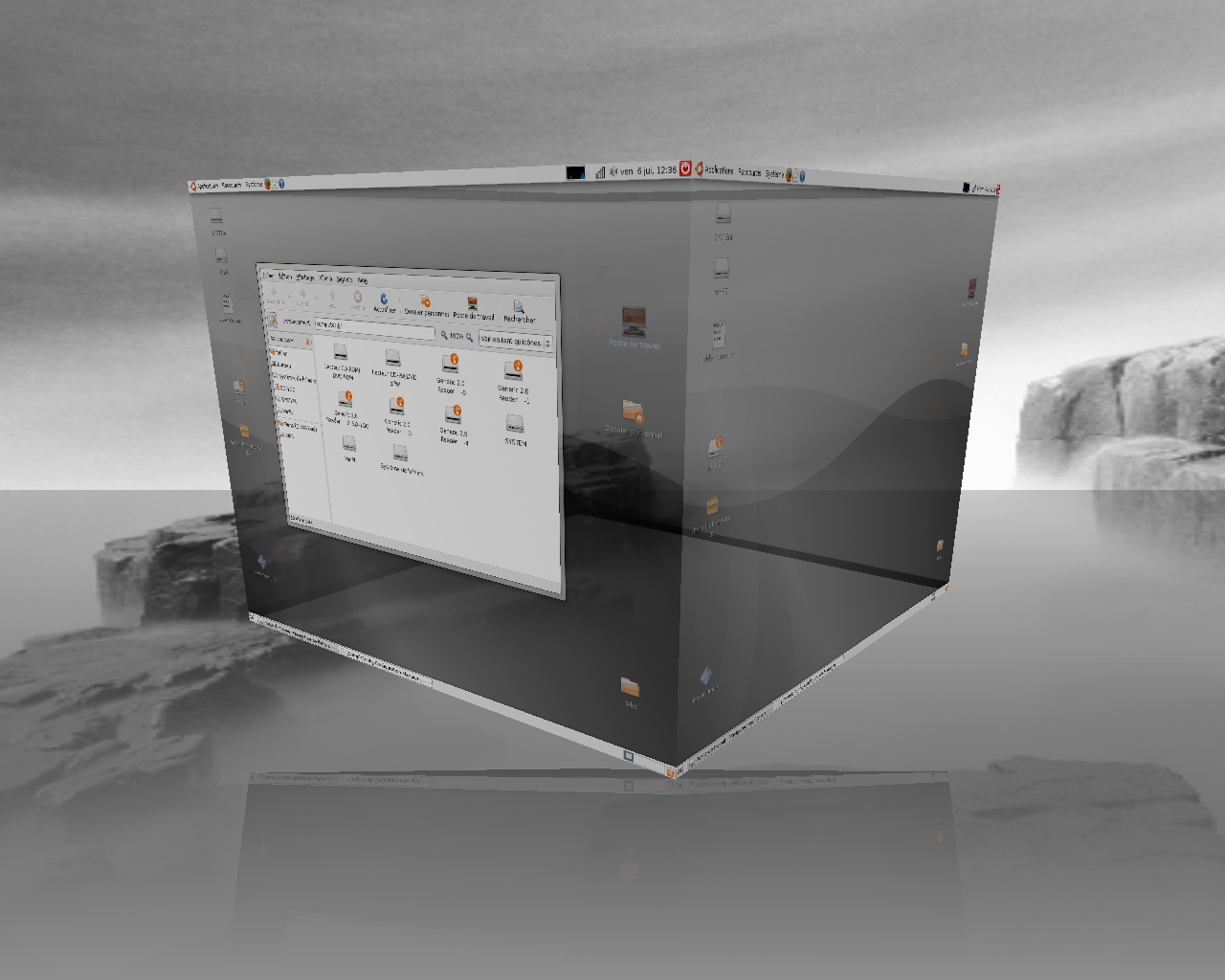 A typical compiz setup from 2007 (Wikipedia)

I started a new job in 2009, and my journey to Linux exclusivity on the desktop was complete. Much as I’d liked KDE3 (I even had a Kubuntu t-shirt), the newly-released KDE4 was a disappointment, and still half-baked. I tried, but I couldn’t get on with it, from a usability and workflow perspective. I installed GNOME on my main work PC, and found that, along with Gnome Do and Docky, I was extremely comfortable and productive, on a stable platform.

The advent of GNOME 3 was a real disappointment. I had a desktop environment that was working so well for me, and the new GNOME was such a big shift. This triggered a year of distro-hopping, as I searched for something that gave me a similar workflow. I didn’t find it, but flirted with Cinnamon desktop for a while, without quite being satisfied. However, elementary fulfilled my needs, as it provided a very similar workflow to my favoured GNOME 2 + docky setup, with very little tweaking required.

I’ve been on elementary ever since, on my always-on work desktop PC, and also laptops at home and work. I do usually get a bit of an itch during the gap between the Ubuntu LTS release, and a subsequent elementary release. Elementary doesn’t support in-place upgrades, and this causes me to consider carefully each time whether to commit for the next couple of years at least. 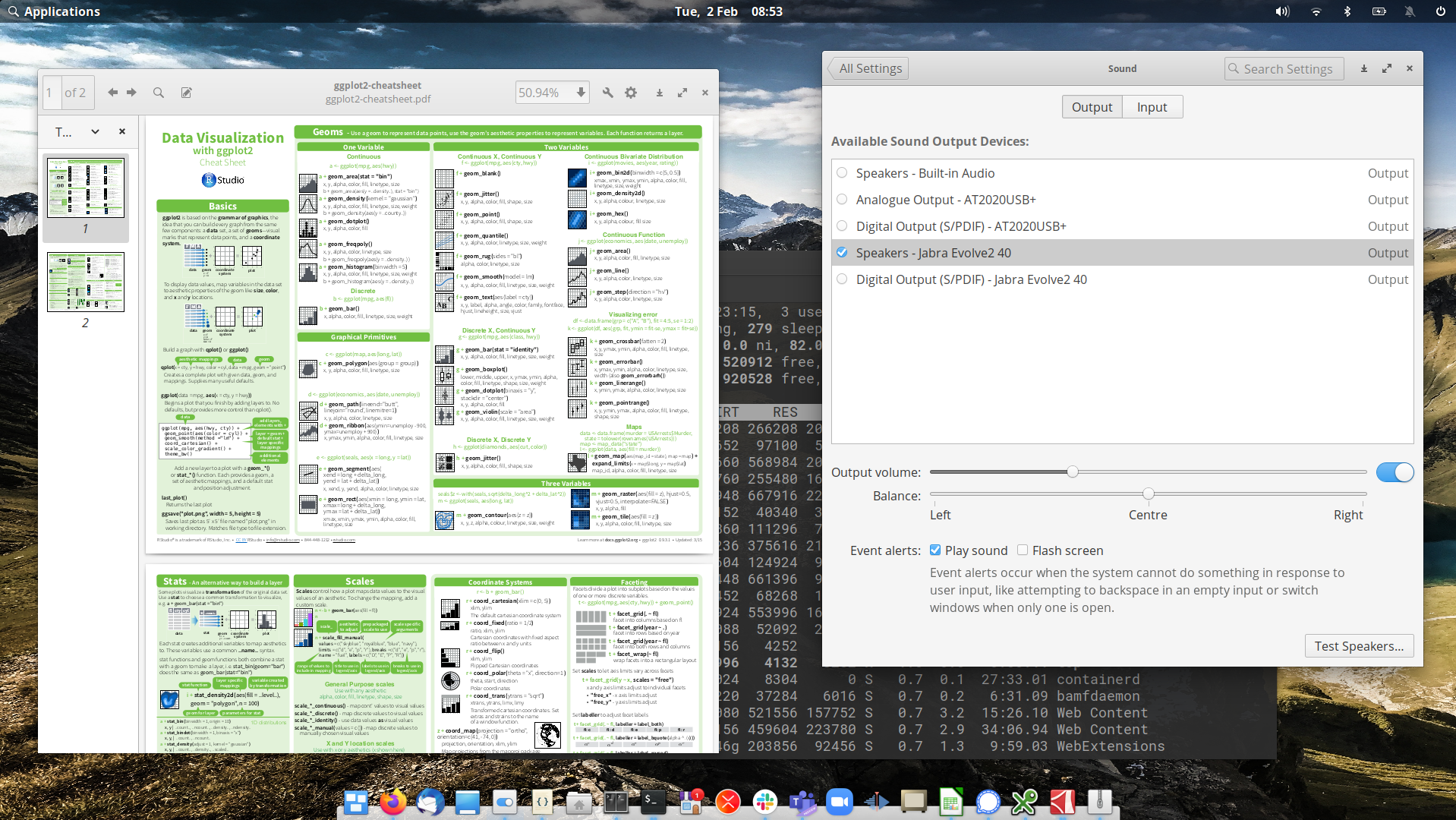 So what’s changed now? A couple of things. During the 2020 Pandemic, I’ve worked from home, and I’ve had a few annoyances with using Zoom and OBS on multi-monitor setup. Enough of an annoyance that family members have to call me into the room when the issue occurs. I also have issues reliably switching between audio devices. I’ve had weird behaviour with saving files from snapped applications. I put up with these problems, because I assume all distros have their little bugs. But I have a new desktop PC which needs an Operating System, and I’m not feeling inclined to install the current elementary, knowing that the next release is probably only a few months away, but I’ll likely have to do a fresh install to get it, and will it even resolve my bugs? Also, elementary is heading toward flatpak support rather than snap, and as someone who is increasingly using snap for larger applications like kdenlive, audacity, OBS and teams, I’m reliant on good support for their use. So I found myself checking out the latest Ubuntu release, with the plan that if I can get it working the way I like it, and there’s no showstopper bugs, then I’ll stick around. I like the idea that I’m using the same distro that a large part of the community is using - I think that raising a bug against an application carries more weight if it’s reproducible on stock Ubuntu.

I should add that I also tried the Deepin desktop environment on top of Ubuntu. I LOVE the aesthetic. It’s beautiful. So why isn’t this a Deepin love letter? Frankly, I got nervous. Not about the usual trope of not trusting Chinese-made software, but of having a kernel module used for file search; of the bug reports showing a rather naive approach to Linux security. Rightfully nervous of using an unofficial PPA to install it on Ubuntu. And it felt a little sluggish on my PC, with busy i/o a lot of the time. Full marks for aesthetic design though, and I hope other distros take a look at the best dock and application menu out there, and the other slick parts of the OS.

I also needed to install a fresh OS on the wife’s laptop, as I had recently purchased an SSD for it. With agreement, I put stock Ubuntu on it too, with a couple of GNOME extensions. After copying the data back onto it and handing it back the same day, I haven’t had any questions at all about it in the following month. Pending any major issues, I am going to do something similar for my work laptop as soon as I get the opportunity. I haven’t quite decided about the performance, as I haven’t been able to compare before-and-after on the same hardware. I’ve noticed an issue with Zoom crashing occasionally, especially when switching to breakout rooms or starting calls. It’s rather annoying, and with proprietary software where the source code and the issue tickets are both closed, it’s hard to tell if this is a widespread issue, or specific to multi-monitor setups, or something else. 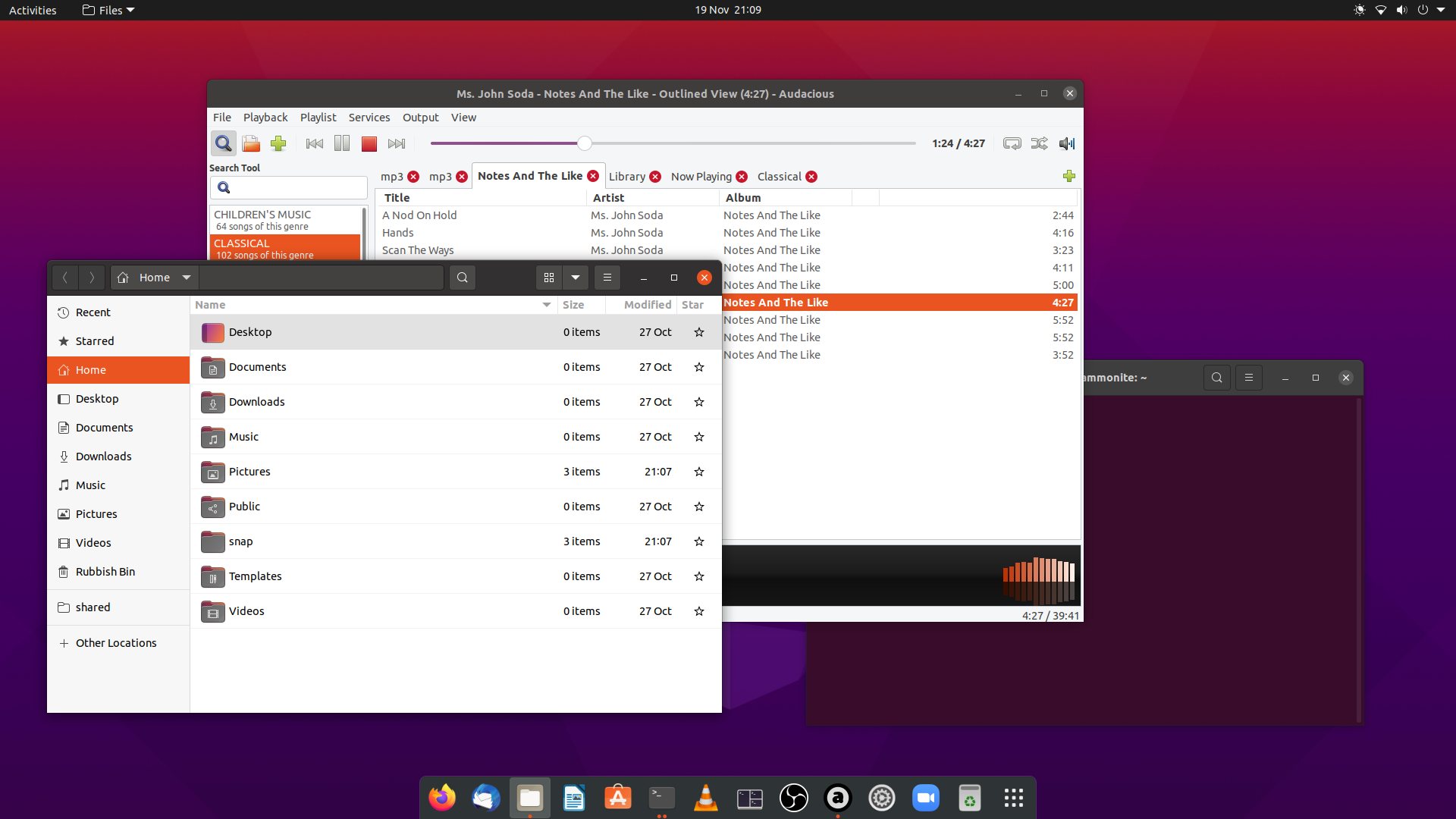 All in all, I’m enjoying being back on stock, or at least something close to it. After getting over some initial frustrations regarding GNOME extension installation and finding decent extensions, I have a setup I’m happy with. This definitely isn’t about distro wars, or “my distro is the best and you should agree”. Different strokes and all that. There was really nothing wrong with elementary; I love it - but sometimes it just takes a nudge at the right moment to try something other than your long-term favourite, and maybe I’ve found a new one.

Had a similar, or wildly different experience? Let me know on Mastodon.