This is not an list of the “best”, most popular and most technically brilliant games ever, although many of them are. This is a non-exhaustive list of games I have enjoyed playing over the years, and provided the most satisfying return on my time, with a nostalgic edge.

Collect all the eggs on each level while avoiding the storks. A great platformer with nice clear graphics, and good speed while the near-indestructable character Hen-Hunter Harry flies around the screen. The game, which has echoes of Donkey Kong (but in my opinion, more enjoyable), was originally designed by a 16-year old boy for the ZX Spectrum, and made it onto many other platforms. The Spectrum version should be avoided due to unrealistic physics and awful colour bleed and collision detection. The 8-bit Acorn version was excellent, apart from the annoying character flicker. It’s still very playable today. 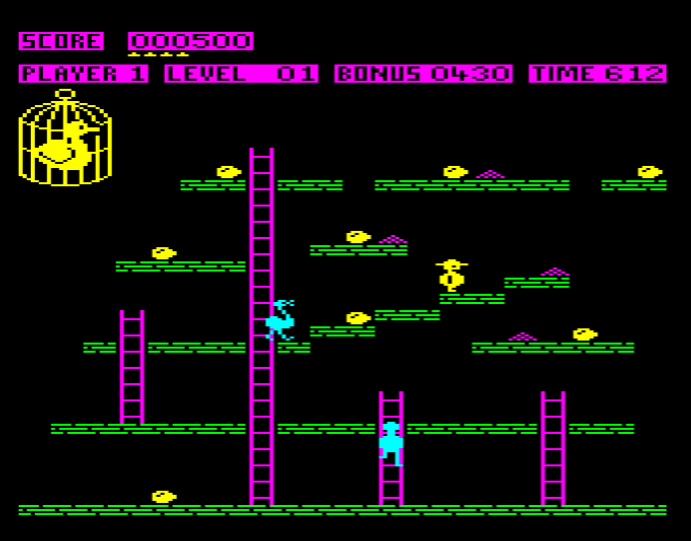 Another game created by a schoolkid, Repton was a rocks-and-diamonds puzzle game which had my whole family involved at one point on a particular puzzle. The game was slower paced, and more cerebral than Boulderdash, which was available on the rival Commodore 64. Further sequels came and expanded the game with some excellent features. I bought and enjoyed them thoroughly. 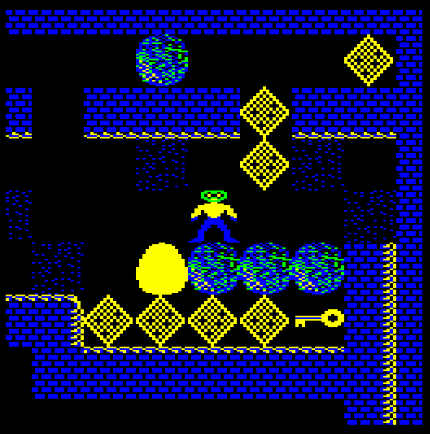 The pure playability, combined with a cooperative, rather than combative approach make this an uplifting game to enjoy with a partner as you trap enemies in bubbles and pop them into oblivion. I still play this 35-year-old game regularly. Fortunately, MAME’s ability to save game states makes it easy to just jump in where you and your companion left off previously. 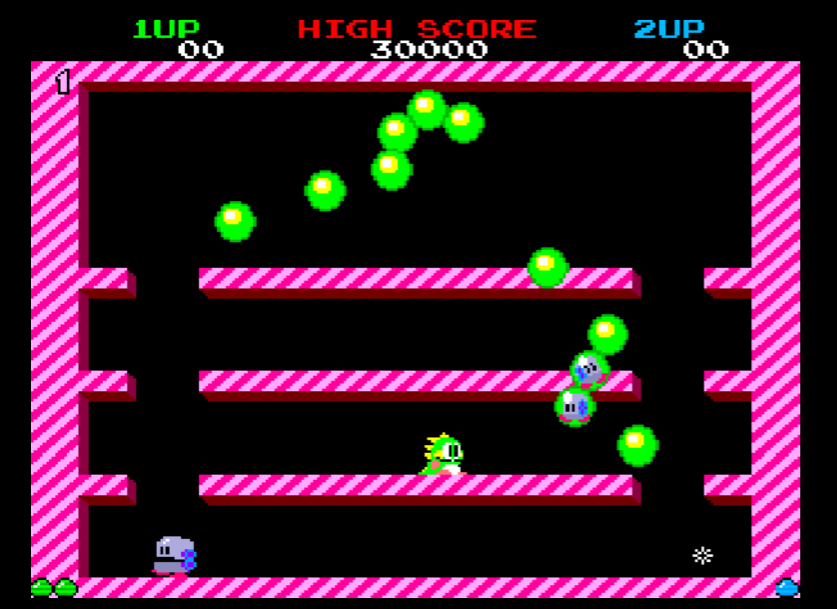 Exile was a technically brilliant and pioneering game which involved exploration of a vast subterranean network of tunnels and caverns on a planet you have crash landed on. Tough puzzles (it’s a while before you even manage to obtain a gun), often involving the game’s clever physics model, and more “intelligent” characters than many other games of its time made this an enjoyable game with decent longevity. Despite hours of play, I never managed to complete it. A common issue with these type of games in the pre-internet era, you relied on the games pages of magazines to provide walkthroughs and maps…I probably drew my own map at some point. 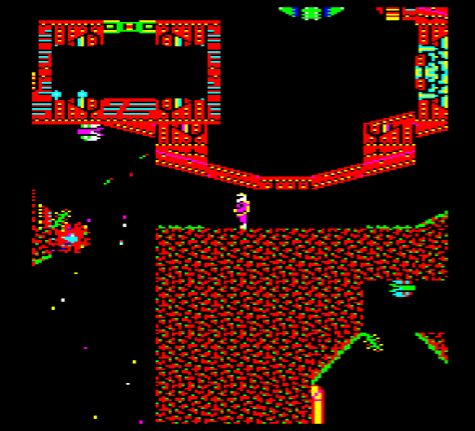 Welcome to the world of the Exile

The original space-trading game, Elite was released when I was at primary school. The wireframe graphics and procedurally-generated planets set this game far above anything that had been since on 8-bit home computers before. The 32-bit power of the Archimedes allowed solid 3D colour ships and an expanded scope, producing the best version of the original game. In addition to sequels in the Elite series, a Free Open Source remake called Oolite was made, and greatly enhanced many areas of the original game, providing all the expansions that a player could wish for, including mythical Generation Ships, which never existed in the original, despite teasers in the game literature. 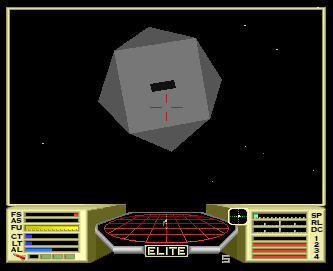 Like Doom, most people who used a computing device in the 20 years after this game’s original release have probably played it at some point, be it console, PC or Palm Pilot. By the time Sim City 3000 was released in 1999, screen resolution and computer capabilities had improved, and the game was a lot more fun. Still a lot of micro-management to do, but with a lack of discipline, one could lose days and weeks at a time to this time sink. 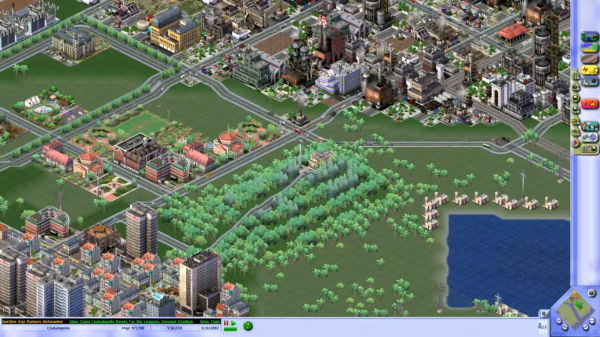 Manage a metropolis with Sim City

After a busy few years with young children and no time to play games, I bought a pre-owned Xbox 360 for a pittance a few years ago, and also picked up a second-hand Skyrim for next-to-nothing as the epic dragon-slaying free-world adventure game was now a good few years old. One of my most enjoyable gaming experiences of recent years, and certainly one that I have spent most time playing in that period. The game features fantastic atmospherics and scope for exploration in a beautiful landscape. After a while, my Xbox suffered a hardware failure, so I had to find another one to complete this game. The PC version is considered best, not least due to the opportunity for modifications. 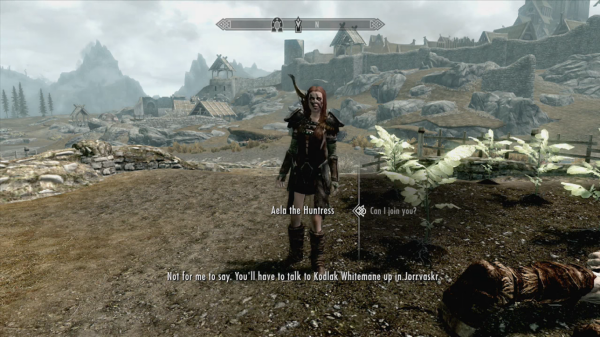 Dragons and exploration in the world of Skyrim

At the time of release of this slower-paced action-adventure puzzle game, the graphics and scope of the game were very impressive. Subsequent technological advances can make playing this game now rather jarring, due to polygon overload and sometimes awkward controls, but it was a game-changer at the time. I got this game bundled with the Playstation at purchase, and played it to completion. Great memories. 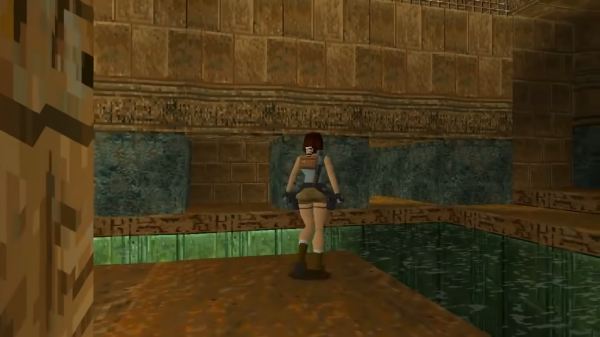 Super Mario Kart on the SNES was great in its day. I spent a large part of my undergraduate degree playing this and Sensible Soccer with my housemates. I even got pretty good at shaving fractions of a second off time trial scores with technical precision. Playing the game today is fun, but of limited appeal given that there are newer incarnations available. In particular, Mario Kart Wii is notable due to the different driving styles available (including a detached steering wheel that is the driving equivalent of “air guitar”), but additionally because of the community-made tracks available via the CGTP mod. It’s a real shame that Nintendo don’t make their games and consoles easier to make custom content for, as it adds a huge amount of enjoyment and longevity to games. 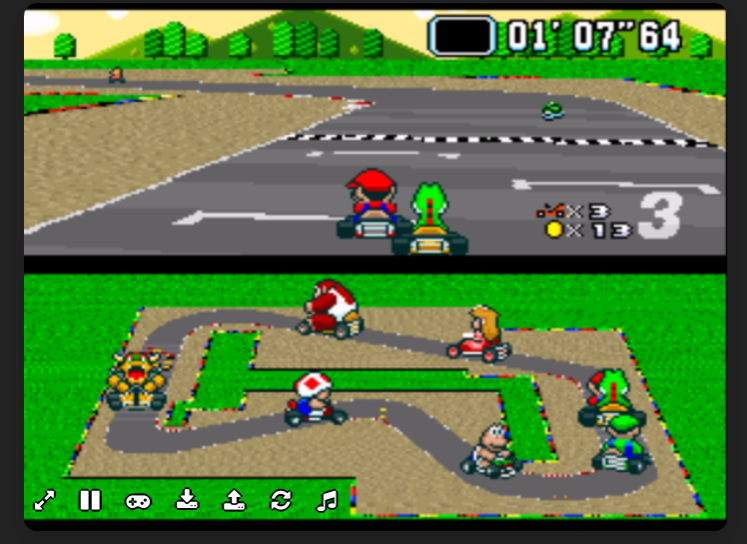 Super Mario Kart for the SNES

Donkey Kong Country Returns is a side-scrolling 2-player platformer, and what a great one it is. Unlike many of its contemporaries, in a nod to games from a previous era the difficulty level was dialled up a notch, requiring levels to be learned and repeated in order to beat them. The game has immense replayability, due to the puzzle pieces and bonuses hidden on each level. Playing with a friend requires good communication and understanding, due to the level of cooperation required but it’s worth it. 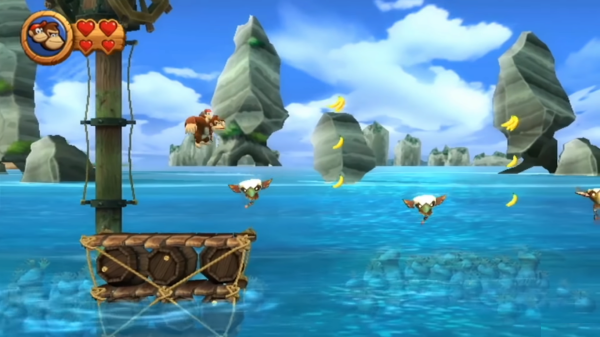 Platform games don’t get much better than DK Returns

This relaxing and atmospheric game makes good use of a touch interface to move your amoebic blob among a floating mass of other blobs, absorbing smaller ones in order to grow. Play with headphones on a big-screen tablet and immerse yourself for a while. 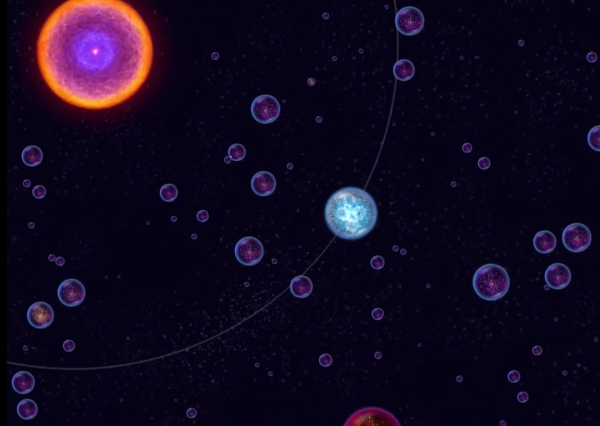 Immerse yourself in this relaxing game experience

This game isn’t much to look at, but dismiss it at your peril: while other ’90s football games were beginning their journey to life-like graphics, Sensible Soccer’s top down approach went for playability. By going against the prevailing trend of other games, they somehow managed to great a game that felt like real football, with a bit of humour thrown in. In addition to the National and International leagues, you could also play with custom teams such as Pizza Toppings or Great Wars. It certainly provided good entertainment when when with a few mates, and the game became a real favourite among football fans. It was available for various platforms, but I spent most time playing it on the SNES, Archimedes and Amiga. 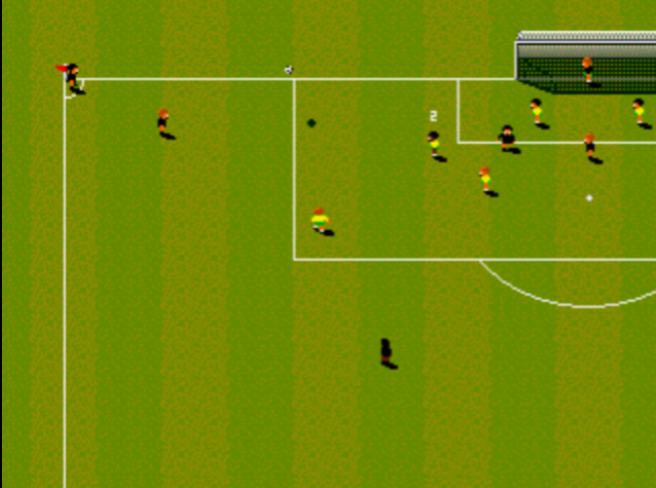 If I can include the whole Repton series, I can also bundle a few Super Mario games together. Super Mario Bros 1,3 and Super Mario World (or Mario 64/Super Mario Galaxy if born later) represent a whole childhood to some people where perhaps Repton and Elite dominated mine. I didn’t have a NES, and came to these games later, but made up for lost time and have introduced my son to these fine games of old too. It’s important to understand the history of gaming, and what makes a great game, to appreciate quality in a modern world of amazing photo realistic games. 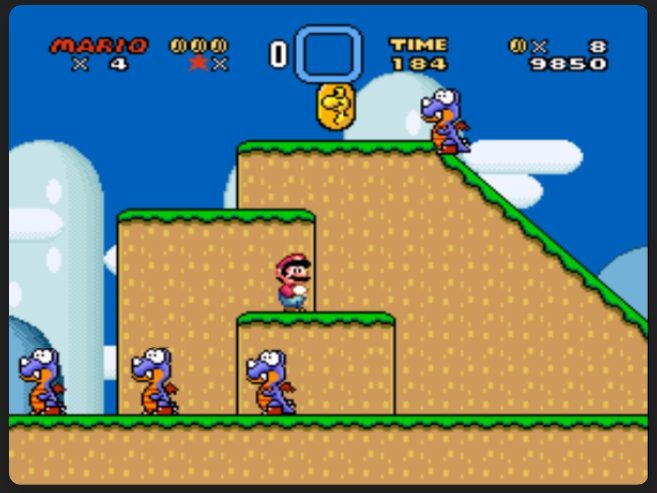 Super Mario World. I even taught an AI to play this once

I could go on, with Tetris, V-rally, GTA 3, Super Bomberman. Looking back, some of these games are a bit obvious, but there’s no doubting the popularity of many of these games is not down to hype but pure quality. Other games are a product of my upbringing in a British household with Acorn computers - I make no apologies…

Screenshots have been produced under fair use.