A guide for Google+ refugees and Open Source enthusiasts

Mastodon is a social network, similar to Twitter and Facebook, where you can follow others, read content in chronological order, with a focus on community. It has key features to help discoverability of similar people, and anti-abuse/spam/trolling. 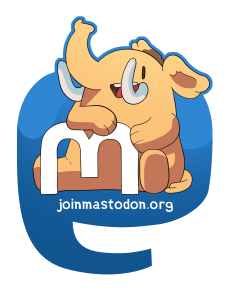 Some of the benefits are outlined in this short video

A brief outline of features:

There are a whole bunch of features to reduce your stress levels. You can 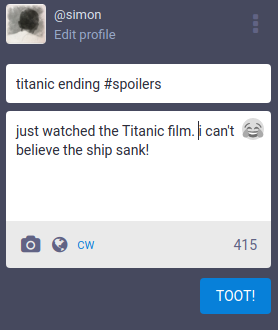 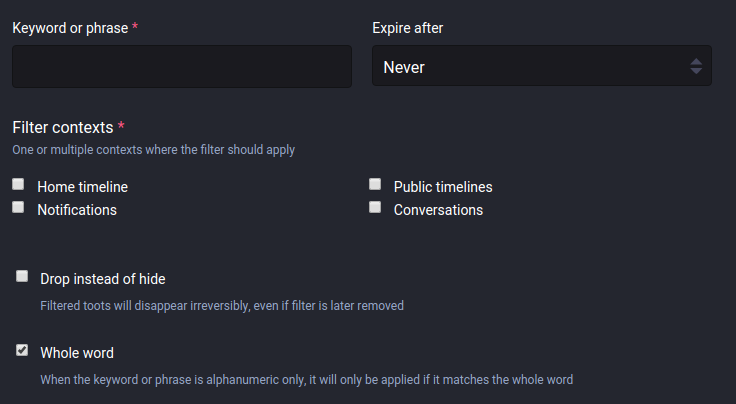 Here’s a short video on how you can interact on Peertube (a decentralised video sharing platform) and Mastodon microblogging social network:

Read this for a bit more detail on how it all fits together.

Decentralisation is a major design feature of Mastodon and the other participating sites in the Fediverse, and understanding the big picture is helpful for new and potential users of the service. Decentralisation means that, unlike the major social media sites, no single entity or company runs the service. Instead, it is made up of connected independent sites, or instances. If you wanted, you could run your own instance. It’s important to note that, each instance has its own separate admin/moderators, as well as their own code of conduct. Since mastodon is open-source, you are free to run your own instance, (even a private one that isn’t connected to the Fediverse, such as behind a company firewall, or for a closed members-only society). Under the decentralised model, you get to pick the instance to be based at, without restricting you from viewing posts made by users on different instances. The only difference is that if the user is based on a different instance to you, they aren’t just user @barry, as on Twitter, but their instance name needs to be included instead e.g. @barry@mastodon.social. Think of the email paradigm and the need to specify a domain for a complete email address. Even if you know their common internet handle (e.g. barry), there could be someone using that handle on another server, in a similar way to barry@gmail.com being different from barry@outlook.com, @barry@mastodon.social is different from @barry@mastodon.cloud on another instance. It’s possible use the interface to search for people called barry, and you’ll be presented with a few matches.

Under the decentralised model, certain features come into play:

When you join an instance, you are presented with a multi-column interface that can optionally show:

The local timeline is a chronological feed of all public posts made by people on your local instance. If you join an instance of like minded people, you have a ready-made moderated community, Although they aren’t necessarily committing to always post “on topic”, this is a great opportunity to instantly participate in a community of like minded individuals, without necessarily having to build a set of followers (one of Twitter’s problems).

“The local timeline is a chronological feed of all public posts made by people on your local instance. If you join an instance of like minded people, you have a ready-made moderated community”

The federated timeline is sometimes mistaken as being the entire mastodon feed. However, it is a feed of all users either on your instance, or followed by someone on your instance. On a very small instance, of a handful of users, this is perhaps rather useful, but even small/medium sized instances will produce a random and sometimes unpalatable federated timeline. perhaps with some dedication to the block button, you might be able to curate this feed, but it really does feel like drinking from the Twitter firehose.

Which instance do I choose?

Many first-time users join one of the most popular instances, such as mastodon.social, where the mastodon developer Eugen Rochko resides. I would discourage you from joining such a generalist instance - as of January 2019, mastodon.social has over 300,000 users. Joining this instance would add you to a random melting pot of users who are all jabbering about everything (under a fairly liberal Code of Conduct. Reading the local timeline won’t really be any use and you won’t really feel connected. Since they don’t block certain remote instances who encourage very NSFW and extreme speech, the federated feed will be very unsavoury, and is perhaps what puts off new users from the whole network. Users who join this instance will need to build followers in a similar way to twitter, and won’t be gaining the community aspects of mastodon.

If you are considering joining mastodon, or at least want to know what it’s all about, I appeal to you to join an instance centred around a common interest. Here you will more likely find an existing community of like-minded users.

As a free & open-source software enthusiast, with particular focus for Linux, I want to post, learn, and build community with similar people. Fosstodon.org is a instance with around 2,000* members, posting on general topics but have a common interest in Free/Open Source Software. They require members to adhere to a well-defined Code of Conduct that ensures constructive behaviour on the instance. No smut; no spam; no advertising or trolling. It’s an English language only site that encourages civil discussion under the general advice of “don’t be a jerk”. Fosstodon has been gaining traction, with popular open-science projects coming on board, it will hopefully be a defacto place for future FOSS types to join in future. If you are quick, on smaller/medium instances you have a good chance of choosing your username of choice!

Other small/medium sites that are worth checking out are:

If you have other niche tastes, or are looking for a specific code of conduct, then this guide that might help you find one. Some sites have some rather, shall we say, niche/exotic interests (just like the saying that there’s a subreddit for everything), so take care!

Why is there no full text search across all instances?

Currently this is not possible by design as it is seen as a bit invasive. The recommendation is to use #hashtags to improve searchability of toots. Full text search of your own posts (posted, received) or other posts you have favourited is available. This doesn’t stop someone from writing their own search index, but it doesn’t limit some of the behaviours that mastodon is trying to avoid.

Similarly, this is deemed as another unhelpful Twitter feature that is often used to slam-dunk others, or show them up. Instead replying to messages is preferred if you want to engage.

How can I view a local timeline of another instance without being a member?

This is a missing feature in the web UI and has been requested. There is however handy tool to quickly view recent timelines on various instances. Alternatively, visit the website of the instance, which often allow a peek of the current local timeline (note that some sites show the federated timeline instead) If you use a mobile client, both mastalab(Android) and toot!(IOS) have a great feature that allow you to follow remote instances without requiring an account.

I’m well known in the community and concerned others might impersonate me. How do I get verification?

Verification is a matter of trust. Mastodon allows you to link to a website, and then verify ownership of that website, leading to a verified website status on your profile. For many people, this is sufficient. Others are utilising keybase.io to verify their identity.

The trunk project has a list of users who have nominated themselves as people who post on certain topics. A wide variety of topics are covered, so it’s a start. However, given the large number of mastodon users globally, this certainly doesn’t reflect all that’s going on. Look around and you’ll find plenty of interesting users and bots e.g. newsbot sites with plenty of accounts to follow, if you currently view this kind of thing on twitter and want to make the jump. If you are on a “birds of a feather” instance where there are like minded people, follow them and also check out who they are following, including your instance moderators.

How popular is mastodon?

Since the first release in October 2016, Mastodon has grown steadily, through word of mouth, substantial media coverage during April 2017, the #deletefacebook campaign, and external factors such as content decisions by tumblr. Statistics show that toward the end of 2018, 100k users were added over a space of 6 weeks, to total 1.8M users. It’s fair to say that the user-base is healthy, and growth is pretty solid. This solid user-base was a deciding factor for me when considering other social networks.

Isn’t it a bit dodgy just joining some random person’s instance? Could they be reading my Direct Messages?

Potentially, yes. It’s a good idea to check out who runs an instance, and whether you trust them enough. However, you also have a similar issue with the big social networks, and history has shown that they do read your private messages and share them with others. Under the decentralised model, what’s to stop my instance shutting down and losing all my toots? This is a potential risk, and has happened before (accidental, or deliberate). However, the plus side is that the whole service does not go down, nor is it easy for governments/other to shut down a decentralised service. Individual nodes, perhaps, but others will remain up and new ones will sprout. Fortunately the interface and open API allow easy backups of all toots, followers, etc in ActivityPub format to upload on another instance if that ever occurred.

Who pays for this? Is it really free?

Unlike the profit-centred social networks, the Fediverse is run for people, not profit. It is free to use. However, the person who runs your instance will have server hosting costs, and usually have a patreon page to allow members to contribute voluntarily. Similarly, the main mastodon developer is funded by patreon donations. Suddenly the idea that you would never want to pay for Twitter/Facebook, changes as you find yourself much happier to contribute £1 a month to support your instance for the common good.

Why mastodon rather than some other social network?

It’s a good question. Hopefully you are persuaded that the Fediverse is a credible alternative. My reasons for choosing it are a combination of all the features I’ve listed above, but that wouldn’t be sufficient if it didn’t have a substantial and growing userbase, and didn’t alienate new joiners who would otherwise have to build a following from scratch. Nobody wants a social network with nobody to connect with. There are some other nice options - I have an account on a diaspora* instance called pluspora. The interface looks just like Google+, but I felt that it doesn’t have the market share or momentum required to “make it”. Also the blocking features don’t seem to be as well developed, which will soon lead to a bad experience.

Mastodon is already at the point where it is useful, and has potential to become a real contender after the demise of Google+, Twitter’s toxic community, and further revelations about Facebook’s use of personal data.